We want to share with you one memory related to the photo below. It must be familiar to those who lived in Cité from 2015 to 2018 where this photo is taken. There was a charming  – the Cité Universitaire Cafeteria – with the great view on the Cité Park. 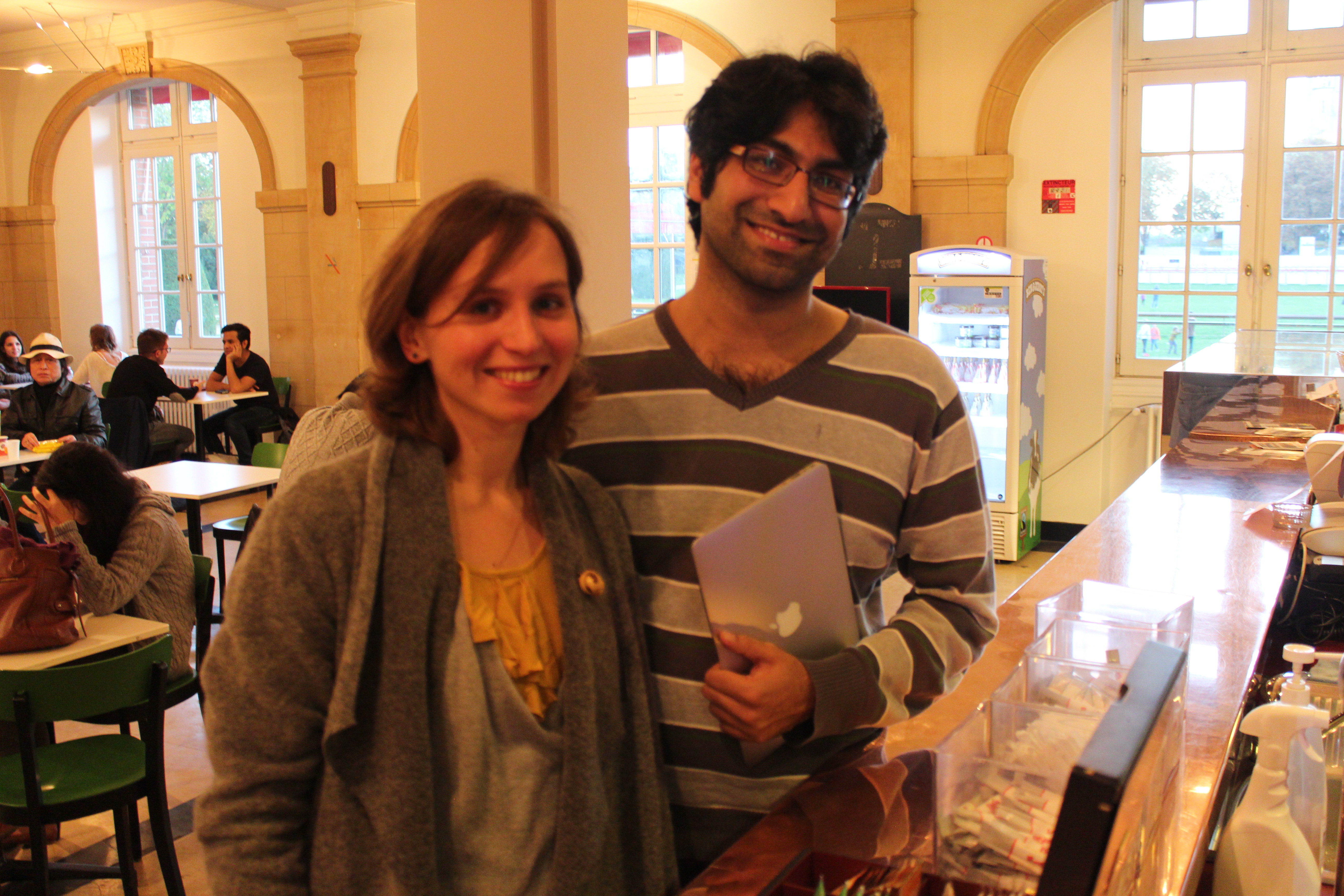 We were often studying upstairs in the Maison Internationale, in the Cité library, and came down to grab a coffee with some delicious home-made cakes. We were spending a lot of time together from the very beginning of our life in Cité Universitaire, so that people often recognised us together in the Cité Universitaire. Sometimes, we were asked about each other if we came alone.

We liked to take pictures in the Cité park as every season there manifests itself by blossoms of various flowers and trees. This day, we were carrying with us a big camera. The photo of us was taken when we were about to pay for coffee in the Cité cafeteria. The cashier asked for the camera to take a picture from the perspective of his counter to capture this memory of Cite. It was very unexpected!

We still like this picture a lot. Living in the South of France now, the Cité Universitaire is still in our hearts and minds. As couple, our first meeting was there, in the park. This picture reminds us of the many cups of coffee in Cité cafe, the fabulous concerts in different houses, the countless tennis sessions and long walks in the Cite park. All this was part of our everyday life. We reminisce but at the same time cherish the ephemeral time we spent together at Cité.

Or
If you have linked your account to one of the following social networks, please click on the relevant icon to log in
Not a member yet?
S'inscrire